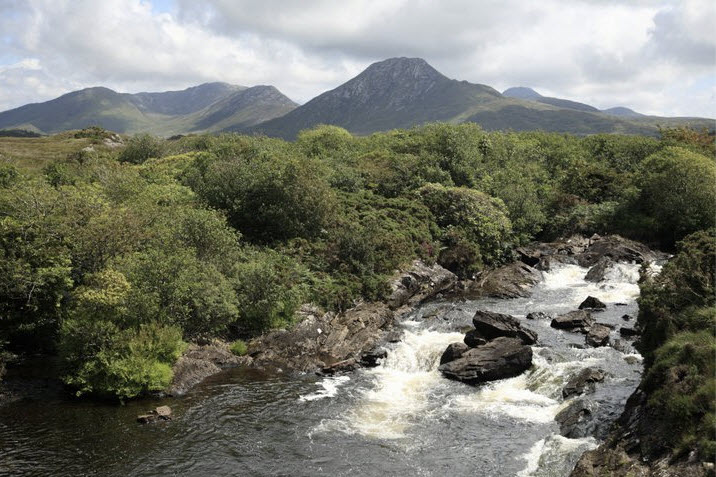 All photos by P.J. McKenna

One of the many benefits of living in Galway is that we’re close by so many amazing scenic places and we can visit all year around. Here are a few shots of Connemara to feast your eyes on. 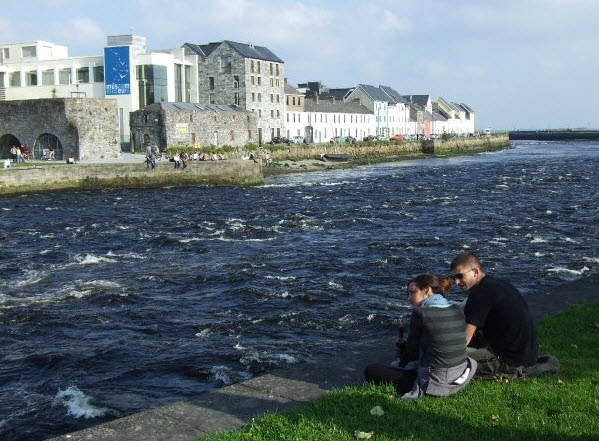 Nicola put me on the bus that day. Dublin makes me tired, and I was glad at her insistence.

“It’s no trouble,” she said. And she must have said it a half dozen times before I agreed to let her take me. That’s us Irish for you, we say “no” when what we really mean is “That would be great, thank you.”

Whiny air-conditioning, children with twitchy legs kicking the back of my seat, and the pure lack of consideration from the sun — who insisted on shining in a head splittingly bright fashion — meant I could not sleep. But there’s still something about heading west at the end of a day, something about driving towards the light. It makes a soul feel hopeful again.

And good ol’ Galway, she welcomed me back with a solid two fingers to Dublin’s purposeful stride. Outside Logue’s shoe shop, two young ones were singing alongside a busker with a guitar and a fold out fishing stool. I couldn’t say what they were singing, but it sounded good to me. Even better was the fella who stood in the shadows opposite Eason’s bookstore, his sweet voice ringing out on the chorus — “this years love it better last.” Above his head, seagulls circled, swooped and hovered, waiting to scream him down — while I did my best to capture the setting sun peeking through the gap between Deeley’s Menswear and St. Nicholas’ Church.

While I was on the bus it occurred to me, the best way to get Dublin off me was to do the most Galway thing possible, so I was on my way to McDonaghs for fish and chips. In hindsight, Supermacs on Eyre Square might have been a better bet.

The lad on the counter in McDonaghs looked at me like he was asking something far more important than “what drink?” He handed me my cutlery — actually put it in my hand, instead of leaving it on the counter for me to take — and our fingers touched. The warmth of his skin, and our awkwardness, made me smile.

In among the wooden tables and low stools, and the scraping of wood on tile, an American lady talked in a particularly strident tone about a new acquaintance she had dinner with recently. She talked through her nose and her arse about that other woman, who had “cold parents,” picked “the wrong man” who “left her and took all her money.” Cliche bingo, and I was on the bus. I played along for a short while, then wandered off into old memories, about how important I felt once considered old enough to stay up late and watch “Dallas.” And how happy I was then, in our brown and beige sitting room, drinking tea and eating biscuits with Mam and Dad while my little sister slept in her little pink bed.

I sat in the window while I ate, and sorted passerbys into two categories, “from here” and “not from here.” Yellow trouser suit? Definitely not from here. Fuschia pink garland of fake flowers? Also not from here. Mother of the Bride, I concluded, and an unwilling participant in some hen night shenanigans. Good luck to her.

Hunger sated, I steered for the Spanish Arch, then on across Wolfe Tone Bridge, and feck, the breeze that came down the river fairly bit at my nose and cheeks. I shivered and quickened my pace. Around past The Salthouse, I gave a nod and a wink to Monroe’s, and to Vinnie’s takeaway — some other time, lads! They belong to some other night, and dancing until 3am.

On Dominick Street, some woman stopped me, and asked “Where’s La Tosca?” and I was so lost in my own city, I couldn’t say.

The Sports ground was up-hill all the way from there, a gentle enough incline, and not without its highlights. A hen party stopped in the middle of the street, debating what direction to take, and the doorman on “Taafes” pub called to them and told them “The Kings Head” was two doors down, if that’s what they were looking for? I cracked a smile, he went back to his cup of tea. Galway folk are fierce helpful like that.

It had its lows too. Photos of two young men, unknown to each other, stuck to lampposts,asking passersby “Have you seen this man?” I wished for all I was worth that I had. I was playing at being missing from my life. They were for real. Most likely, the tide would bring them home.

The thought might have crushed me, but a waxing moon, snow white in a deep lavender sky, promised something good. “Hold on,” she whispered, “all will be well.”

I was past the coach station and city hall, when the town suddenly roared. “Connacht 25, Munster 14,” a mid-Atlantic drawl stated. Another roar, subsided to a hiss like an old steam engine, bounced off the walls of buildings along College Road, and inside those buildings, through their windows, I could see television screens showing the green pitch that was only metres away from any of them. “The Fields of Athenry” sounded like a battle cry.

Nose and lips already numb from the cold, I chose a seat on a wall outside the ground to wait for my lift. “Go on in,” a steward on the gate beckoned me over, then pointed, “there’s a wall there you can stand on, get a view.”

At first, I shrugged. The Clan stand was shaking with the stamping feet of supporters baying for the oppositions blood, but a light hand on my shoulder ushered me towards that wall. “Keep moving,” the owner of the hand said, “otherwise you’ll freeze.” And that’s what I love about Galway, she doesn’t just invite you in, she insists you accept the invitation. 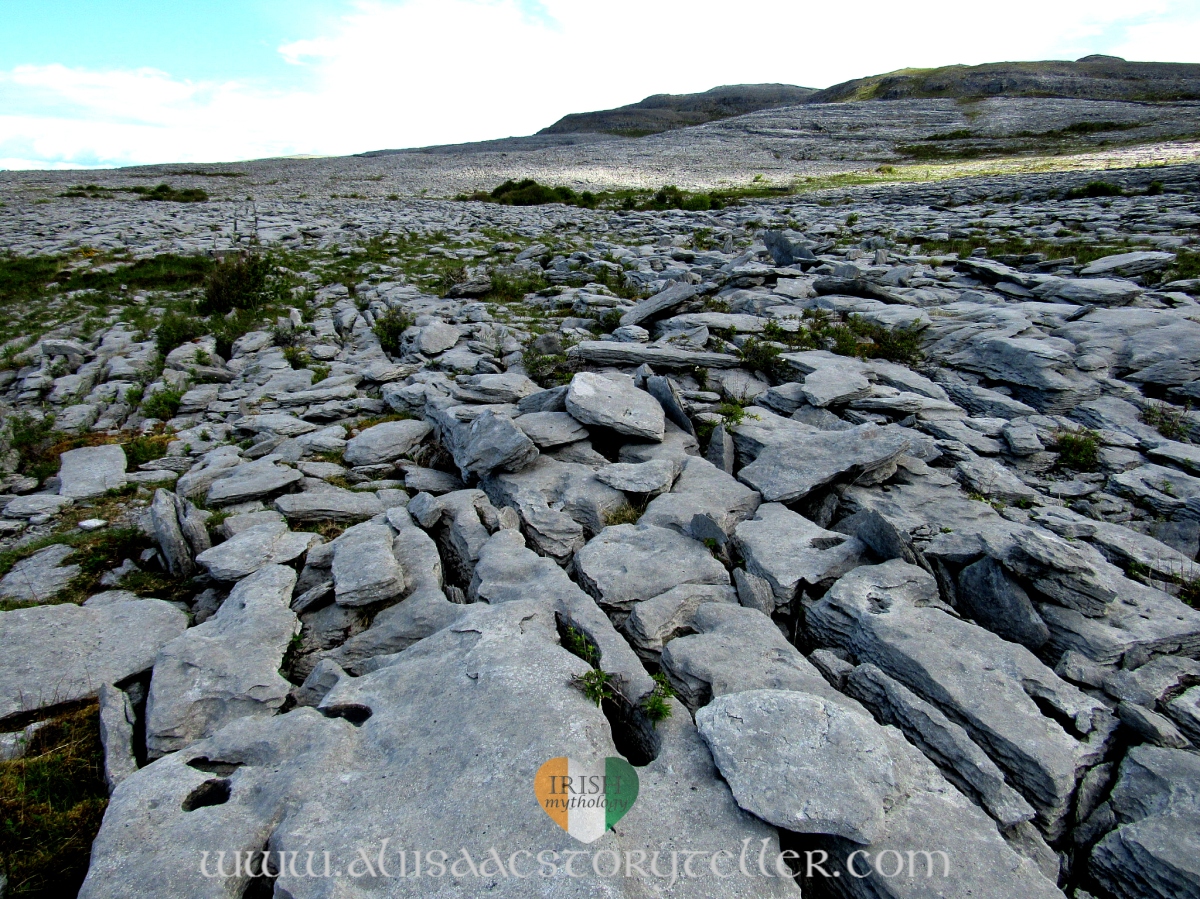 Some tales from the Burren, that rocky and mysterious land in north county Clare. Reblogged from Ali Issac’s site.