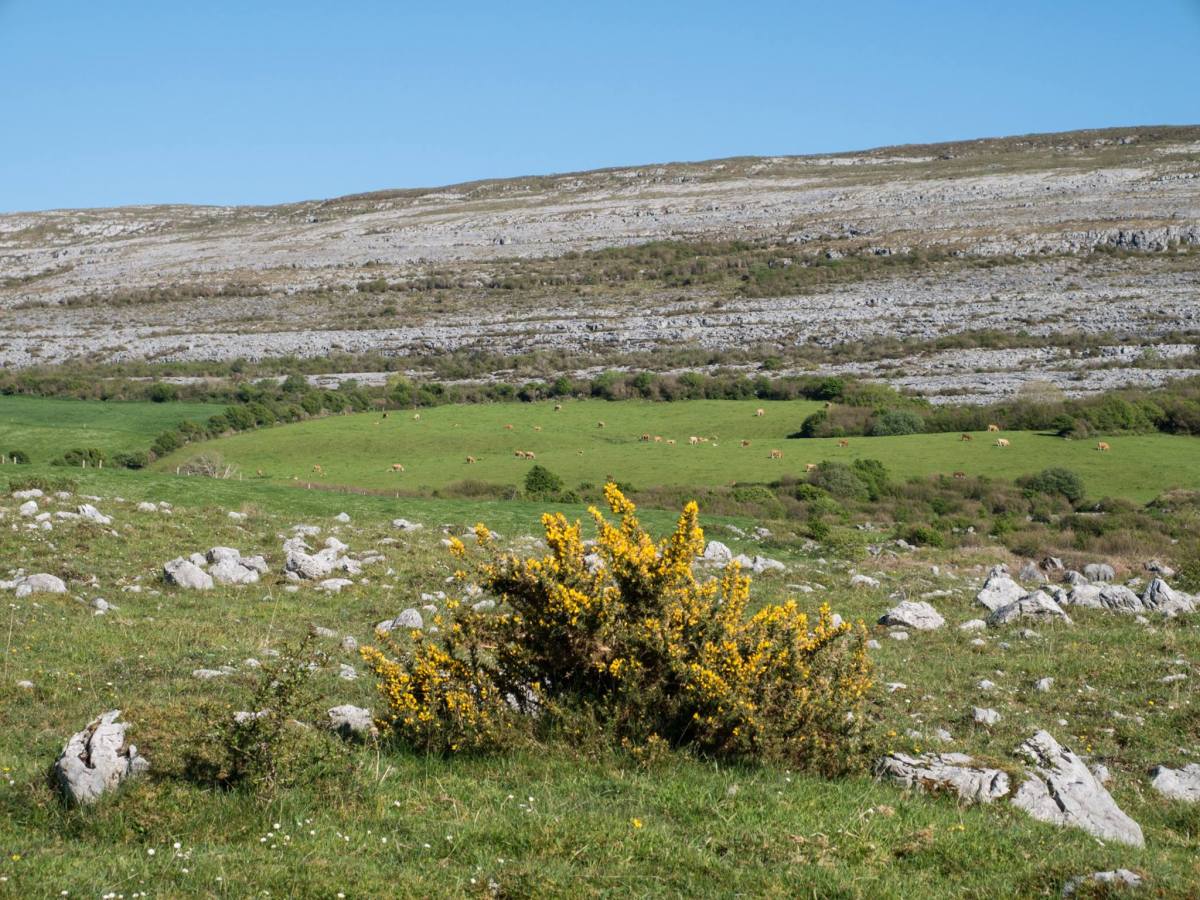 Photo of the Burren by P.J. McKenna

In the early 165os, refugees wound their way westwards across Ireland, displaced from their homes in a policy known as “to hell or to Connacht.” Long years of war and slaughter had culminated in Cromwell’s conquest. Many Irish people were “ethnically cleansed” from the best land and resettled in the poor soil of Connemara and the Burren.

A country where there is not enough water to drown a man, wood enough to hang one, nor earth enough to bury him.
— Edmund Ludlow (1652), describing the Burren

Maire Rua Ní Mahon (Red Mary MacMahon) already lived in the Burren; she was a Clare-woman born and bred. She watched from the window of her home at Leamaneh Castle, and then looked at the children who now depended on her alone. She was in her mid-30s and already widowed twice. Her first husband, Daniel Neylon, had been an arranged match to bond families together, but her second, Conor O’Brien, was her true love. Now he lay dead, carried home from a battle against the Cromwellian soldiers, nursed by his wife until his final breath.

Her future looked grim. When Conor organized ambush gangs against the invading army, she rode alongside him and killed men with her own hands. So not only would Conor’s estate be forfeit by his actions, but if anyone identified Maire, she could find her neck in a hangman’s noose. She had already lost two daughters to the plague that travelled with the conflict. Her remaining children — three by Daniel and six surviving by Conor — could end up as paupers.

But Maire had a plan. She called her servants and made them dress her in her finest gown and jewels. She must have been an imposing sight: tall, with the red hair that gave her the nickname Rua. She travelled by carriage to Limerick, to the garrison of the invading army, and offered to marry the first officer who was willing.

English soldier John Cooper stepped up to the challenge, becoming the third husband of Maire Rua and master of Leamaneh Castle and its estate. He and his wife had a son together and became wealthy through land dealings, although they eventually overstretched themselves and were forced to leave Leamaneh.

One legend says that John made the mistake of taunting Maire about Conor’s death while they were on the third storey, and she responded by pushing him out the window. Another legend has it that she made him ride a horse over the Cliffs of Moher. Neither is true; both Maire and John lived into old age, although in later years they lived separate lives.

Other unflattering legends attached themselves to the notorious Maire Rua. She was supposed to have had 25 husbands and to have murdered each one. It was said that a maid who displeased the mistress of Leamaneh would be hung by her hair from the castle tower. The locals found it hard to forgive a woman who slept with the enemy instead of allowing herself and her children to starve as any decent woman would.

Donough O’Brien, Maire and Conor’s oldest son, moved the family home to Dromoland Castle, which remained in the O’Brien family until the 20th century. Maire Rua died in 1686 and was most likely buried alongside Conor at Ennis Abbey. Leamaneh Castle fell into ruin, and rumour says that a red-haired ghost still haunts there.